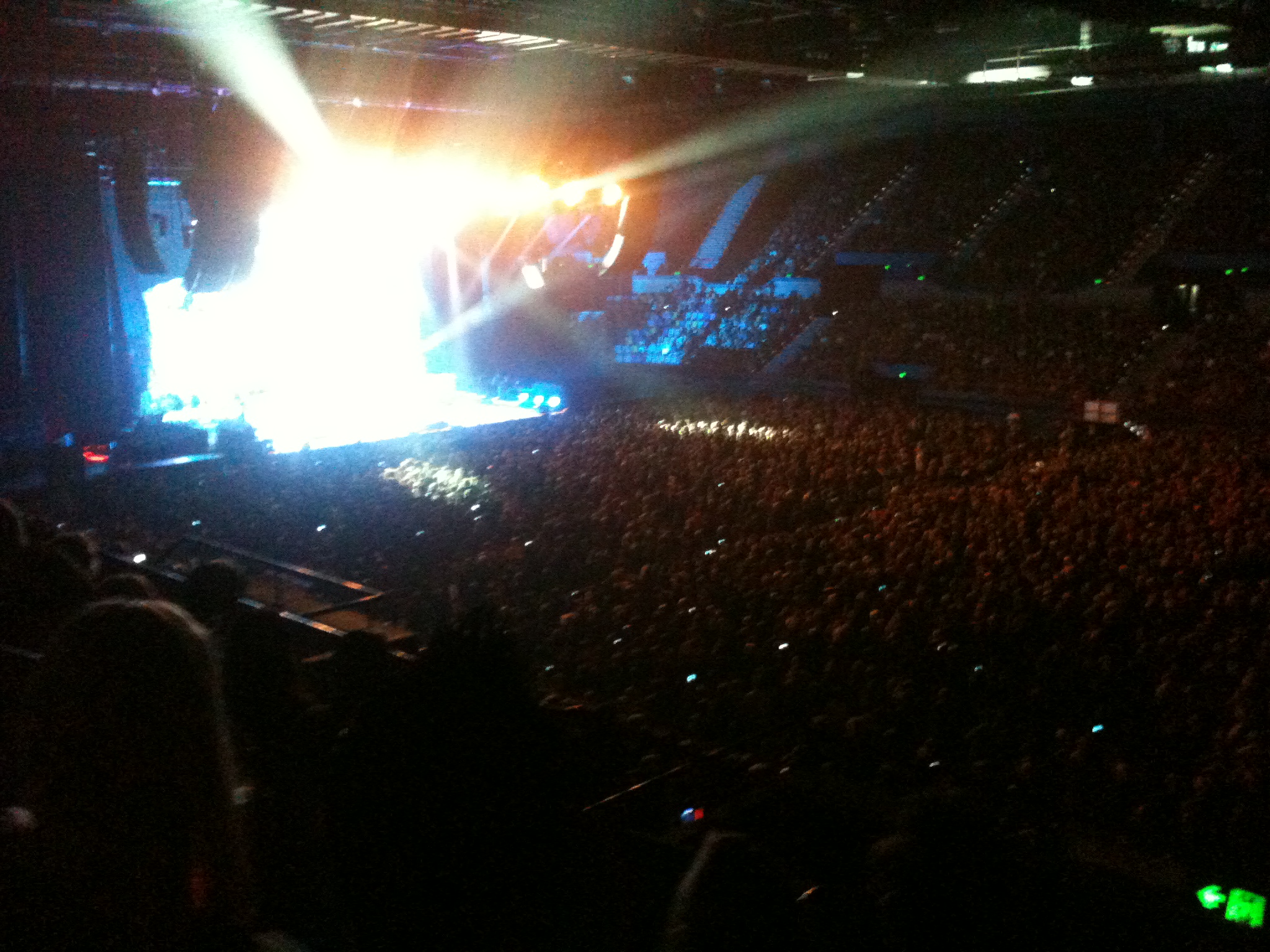 A fan of heavy metal? Me neither. In fact I hate it so much I usually want to turn it off within a few minutes. But Chris has been a dedicated fanatic, following Ozzie Osborne’s career forever. It’s interesting that after all the years of listening to Black Sabbath blaring in the CD player while working in the paddock, the kids and I have actually developed a deep affection for them!

That’s why it was so exciting when we heard that Black Sabbath was coming to Brisbane! The kids chipped in and the tickets made a great Chrissie present. Chris would get to see his idol, Ozzie Osborne, LIVE.

He was a bit nervous though, I have to say. $160.00 a ticket hurts on any account but it wasn’t just the price; he was concerned about the band. Let’s face it, like us, they aren’t getting any younger! And the band members have been hard on their bodies and abused themselves severely over the years with drugs and excesses. Ozzie is an old man. Would he and the guys really be up to it? Would they give us our money’s worth?

Well, on Anzac day we went to find out.

What a night! It’s hard to describe in words our experience. We sat at the back of the Boondall Entertainment centre, amongst the black t-shirts and dread locks, looking down on the mosh pit and the press of fans (it was sold out).

The band took stage. I couldn’t help but marvel at how two guitarists, a drummer and one singer could manage to create such an explosion of music and sound and, well … life, which filled the massive auditorium. It even made my tummy vibrate.

As well as the sound, the stage was electric with light works, video projections and enigmatic performances by each member of the band. We were in the presence of majestic talent and we were absolutely enthralled by every living precious moment of it. There was something magical and mesmerising about watching the performance of so many songs you have listened to over the years, unfolding before you … LIVE.

We didn’t want it to end.

We watched Ozzie worshipped by his fans and he gave his all back. He commanded the stage as he always has. His pitch may have been off slightly in one or two songs with a register now too low for his aging voice box, but he nailed it just the same.

Did Chris enjoy it? Well he’s got the tickets stuck to the wall next to his desk in the office, wanting to keep the memory fresh for as long as possible.
But there is something about the visceral, ephemeral nature of a live performance that is captured for that moment, then lost. Though, I can say that even today, the memory lives within me. I don’t want to forget it. I won’t let it go.

For a few hours I was young again and I LOVED it.