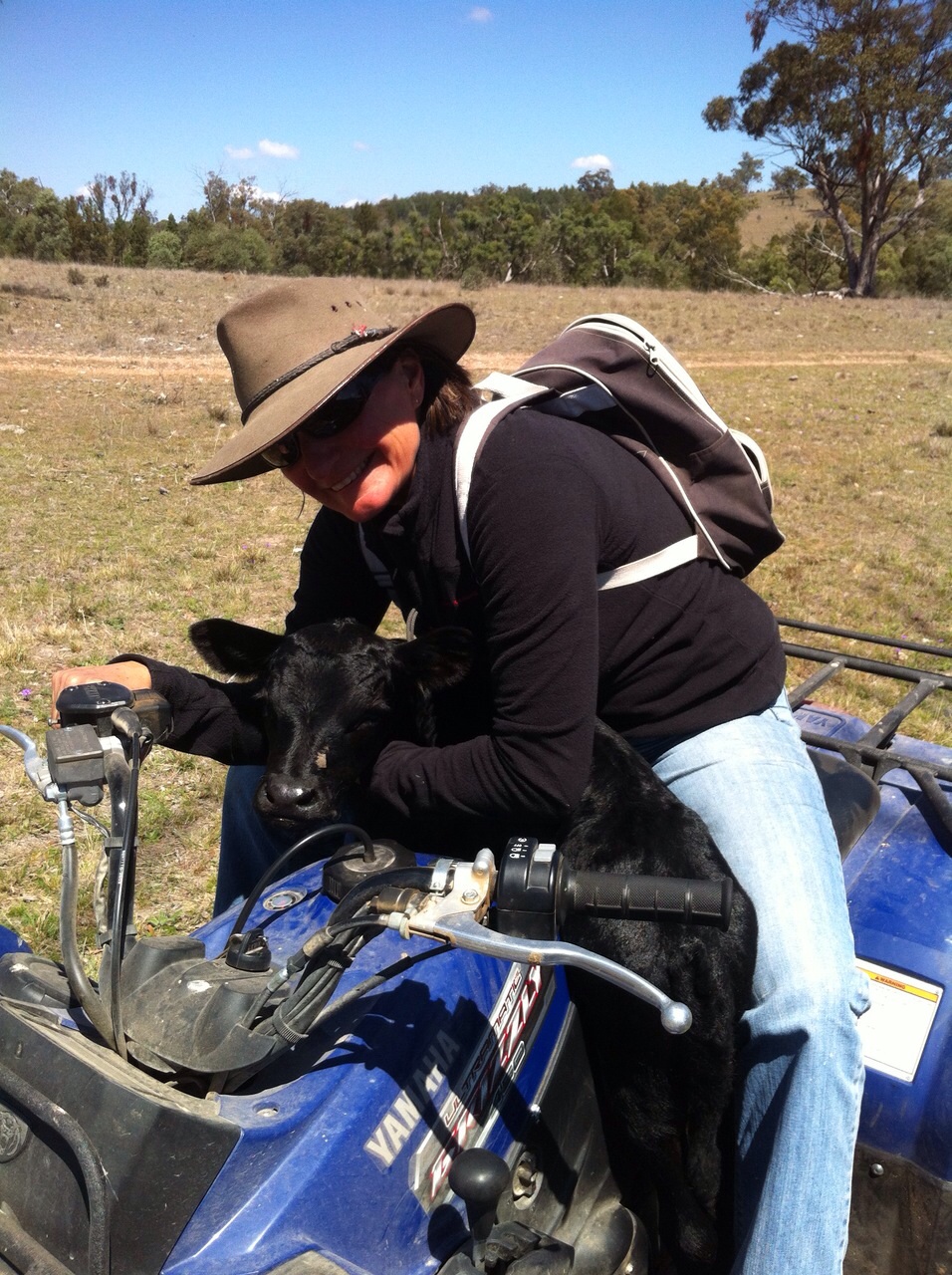 I had NO experience as a Jillarro when we bought Spring Creek in 2005. It has been a steep learning curve … learning to ride the quad bike, muster, draft, and generally handle the stock. For the most part I do pretty well. Though I do find some of the vet-type tasks a little hard to stomach. For example we had to lance a large lump on a calf’s neck recently.  Blah. I grin and bear it.

But last week we mustered our youngest breeders (still heifers), to take a look at them, drench and move them. We hadn’t counted on the fact that it was pretty much nine months since we put them out with the bull. They had started dropping calves in the last couple of days. They were so cute and wobbly … but NOT very good for mustering. If they can walk at all, they are very slow and linger at the back of the herd.

There was one cute little bull too wobbly to follow and his mum had left him in the grass. We couldn’t leave him there.

I had to go back on my own, run him down and somehow get him on the bike, wrestle him still and ride to the yards with him. Eek! They look quiet until you are about to pounce on them, then they can find amazing strength. I nearly gave up, feeling it was too hard. I was scared of riding and holding him at the same time.

I decided I had to give it a go. I managed to catch him by the tail and trap him between my legs. I tried to hold him until he calmed down but that didn’t seem likely anytime soon. Eventually I dragged/pulled him by his front legs. I managed to straddle him over the seat of the quad bike then I got on the bike while holding him with my arm and legs. It was exhausting.

I set off. He would give up from time to time and lie still and then he’d start kicking and bucking, trying to get off. Phew! It was a long ride, 3-4 k’s. It was especially tricky when I got to a gate, opening the gate while holding him. But I managed to do it somehow.

Sure, I was so sore the next couple of days from holding him all that way. But I was very proud of myself for managing to rescue him. He was reunited with his mum later that day. Such a relief!