Most of us would say ‘Yes, it’s wrong to lie’. We all want to be thought of as honest people. It’s one of those universal values.

But it doesn’t take long to think of a scenario where we typically contradict this core value and find an excuse to permit ourselves to lie.

I wanted to explore this seeming paradox more deeply. 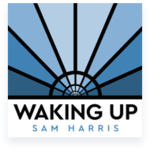 Sam Harris has a podcast called: Waking Up which I've been following for some time. I love his articulate use of language and his deep, rich exploration of ideas.

He's talked about lying a number of times in his conversations and he’s grabbed my attention. So much so that I decided to read his book: Lying. I’m so glad I did. Sam strikes at the heart of this topic and he revolutionised how I think about honesty and the standards to which I now want to hold myself.

The book begins with the question: Is it wrong to lie?

One way we frame lying is to call it a ‘white’ lie. Somehow this approach diminishes the idea that it is truly a lie. We’ve agreed collectively that this kind of lying is okay, necessary even. 'White’ lies are appropriate because we want to be socially sensitive; to protect others; we don’t want to offend them, for example.

He argues there is a cost to lying and that cost outweighs any perceived benefits.

Permitting yourself to lie (even if it is a practise of ‘white’ or ‘tiny’ lies), adds complexity to your life, Sam considers. You have to remember who you lied to, what you said and sometimes you are forced to build on the lie with more lies. This can get tricky and, in some cases, even develop into a web of deceit.

If you think of an instance when you have created a deception (or know someone who has) and were subsequently ‘found out’, it’s not hard to remember the personal cost. It’s not just about the energy and stress, it’s about the cost to relationships - they can be train-wrecked by the deception.

Not lying in the first place means you can never be ‘found out’. You never have to face one of those heart-wrenching experiences of exposure and the sense of betrayal experienced by those you have hurt.

Sam gives this advice: “The moment we consider dishonesty from the perspective of those we lie to, we recognize that we would feel betrayed if the roles were reversed.” Putting ourselves in the other person’s shoes could be an insightful test to help make a better judgement when we might be tempted to lie.

Another idea Sam put forward was that, at the heart of it, perhaps we use deception as an attempt to delay facing an awkward truth. Sam argues that it’s better for life’s ultimate outcomes to face that ‘discomfort’ (or whatever it is) upfront rather than delay it. Using deception to avoid facing something difficult, can actually make the final outcome much worse.

Another significant cost to lying, Sam points out, is how it undermines other’s trust. Even when considering the example of an apparently benign ‘white’ lie’ such as: Friend-A over-hears you lying to Friend-B to excuse yourself from a social interaction you want to avoid, Friend-A is immediately going to question whether you have ever lied to her in the same manner. This eroding of another’s trust in you is very difficult to re-build.

We’ve all heard stories of adopted children, not told of their true origins. Somewhere along the line, those children find out the truth. Their parents were ‘protecting’ them, but instead what they succeeded in doing was undermining their adopted child’s trust.

This seems a high price to pay for lying when you stand back and take a helicopter view. Lying seems to provide an immediate short-term payout but Sam posits that these benefits are out-weighed when you take a long-term, wholistic view.

As Sam says: “Failures of personal integrity, once revealed are rarely forgotten.” Ouch!

The Cost to Others

Do we help our friends to grow?

By lying to protect your friend or to avoid offending them, Sam argues that you actually hurt them in the long run. He provides a range of examples to make his point. He believes that if you mislead others you are giving them false encouragement. It’s certainly seems easier to avoid immediate tension and Sam admits that the temptation to lie in some circumstances can be overwhelming.

A white lie … is a refusal to offer honest guidance in a storm … In many circumstances in life, false encouragement can be very costly to another person … False encouragement is a kind of theft: It steals time, energy and motivation that a person could put toward some other purpose.

Perhaps a range of scenarios are crowding your mind at this point. There is no doubt this is a complex topic and the appropriate response to various circumstances will have with it all the nuance of our complex society and relationships. This is not an appropriate medium to try to tackle them all. I’m merely attempting to provide some food for further thought.

And, of course, not saying anything at all could be a completely legitimate response in some circumstances.

In my opening paragraph I said: “We all want to be considered honest”. Something jars for me in that statement. We want people to think we are honest, yet we have developed accepted social practises around lying. Because it’s socially acceptable, we all suspect others are using such tactics. It makes for a somewhat confusing world when you look at it this way.

Sam has set the bar high for himself. He wants to be honest … all the time.

I’m still digesting this idea and am only merely becoming aware of my own behaviour: how often I lie; how and when. But I’m grateful Sam has challenged me in this way and opened my eyes to what it really means to be an honest person.

I’ll leave you with a few more of Sam’s words:

What a great life goal to have … “to be myself in every moment”.

I’d love to hear what you think.

Live in the bush, love it but miss aspects of life in the city. I want to learn, grown and develop until the day I die. View all posts by Margot