Feminism is a fascinating concept. It means something different to each of us. My personal perception of feminism has evolved over the course of my life.

Feminism in the 70's 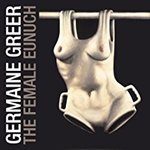 My first introduction to the idea was as an adolescent in the 1970’s. Germaine Greer’s The Female Eunuch shocked the world. At that time (my early teens) I wanted to challenge social norms, reject old traditions and wholeheartedly embrace new modes of thinking and being. Conformity was not an option for me. I didn’t want to end up like my parents, whose life seemed uninspiring and undesirable to an adventure-hungry teenager.

Germaine’s idea of ‘burn the bra’ captivated me. I threw away my bras and razor and wore my brother’s old shirts with jeans, letting my body hair grow unashamedly. It was an exciting time. The world was on the cusp of some new paradigm and I wanted to be part of it.

However, my exuberance and lust for life led me into social circles and situations that were less than optimal, as those who have read Beyond Belief will know.

The sense of freedom and liberation of the feminist movement and the hedonistic times of the 70's empowered me to pursue my own appetites. But this lifestyle did not bring the stability and self-control I craved. No doubt this lack of clear boundaries in my life was a factor in my gravitation to the fundamentalist Christian movement.

Immersing myself in Christianity gave me stability. However, embracing that ideology included embracing traditional stereotypes. My rejection of social norms was put aside and instead, I stepped into the traditional role of ‘woman’: homemaker, caregiver, wife, mother.

I did not call myself a feminist during this time though I was cognisant that the feminist movement had paved the way for greater opportunity in my career and working life. My fundamental right to vote was attributable to the suffragettes; a group of women to whom I feel incredibly indebted.

To my mind, ‘feminism’ became an ugly word over the next few decades.

While I recognised the massive achievements of the movement, some of the emerging feminist heroes adopted overbearing bullish behaviour. Recoiling from these new stereotypes, I determined as I climbed the corporate ladder to never, ever be a ‘ball-breaker’. I wanted to succeed through skill, determination, technical ability, experience and through a deeply driven desire to make the world a better place.

And climb the corporate ladder I did.

A new shift in my thinking came in the 00s when, working for the Chief Commercial officer with his senior management team at Virgin Australia (then Virgin Blue), I had to re-evaluate my determination to never be a ‘ball-breaker’. It brought me to an important crossroad. To succeed in my role at Virgin, I had to use powers of influence I had never used before.

During a short relaxation meditation training session, organised by one of my colleagues, I realised that to effectively influence the senior managers I had to become more assertive. It was one of those self-realisation moments, which hit like a lightning bolt. Being assertive was not the same as being aggressive. I could be assertive without being a ‘ball-breaker’.

This realisation had a marked effect on my ability to achieve what I had been tasked within that organisation. For example, I had the confidence to challenge a belligerent colleague who was not contributing positively to a debate in an important cross-department meeting. This challenge caused the man to pull himself up and totally change his attitude by contributing positively to the discussion. The meeting proceeded, and the group was able to work together effectively. It was a defining moment.

But even then, I did not call myself a feminist. The word ‘feminist’ still retained a negative connotation in my mind … an identity with which I did not want to associate myself, despite my growth as a senior female corporate executive. 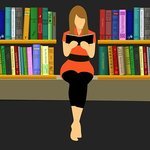 The next aha moment snuck up on me unexpectedly but brought about a change so profound, there would never be a risk of my recoiling from embracing feminism again.

I was studying my Master of Arts (Writing). We were learning about cultural theories and were given a text to read. It was a short story by Henry Lawson called A Child in the Dark, and a Foreign Father. My emotional reaction to the text when I read it was disgust at the mother character in the story, a disgraceful woman neglecting her child.

We were then given a ‘feminist reading’ of the same text which turned out to be a fascinating exercise. The process facilitated a thought experiment in which you ostensibly take off 'male goggles' as a way of looking at the world and view the circumstances solely from the perspective of the woman in a broader cultural context. It was a shock to realise how these biases had permeated my thinking. It opened my eyes to my instinctive propensity to excuse and tolerate men’s bad behaviour and instead blame and condemn the woman.

Anne Summers calls it: “women embracing a culture of oppression”. On some level I had become complicit in my own oppression.

Ever since that experience I could see how women could be their own worst enemy, subconsciously, ignorantly submitting to the male power paradigm such as complying with men’s ridicule of the feminist movement. I realised that to push against feminism, was to undermine my own liberation.

At its heart, whichever way you want to look at it, feminism is a struggle for power. Men, the main power-brokers on our planet, are threatened by this challenge to their traditional power dynamics, even if they are not consciously thinking about it.

While feminism has struggled to regain its popularity among many, debacles such as the Harvey Weinstein, Jimmy Saville and Rolf Harris - and growing list of cases - have breathed new life into the hope for women to facilitate significant cultural change.

I see the world moving away from an instinctive impulse to cover up, tolerate, even protect, the abuse of power, which enables sexual misconduct. It’s an exciting time for the feminist movement and I watch the developments with hope and fascination … but also a little trepidation. As we undermine this tradition of sexual currency, what will replace it? What new modes of power-broking will emerge?

​We cannot escape the reality of the biological and genetic differences between males and females. But environmental and social influences have an undeniable impact on the development of our identity from the cradle.

I don’t believe ‘feminism’ is a dirty word and I believe that the work of the feminist movement has, and continues to, improve opportunities for women in all sectors – both city and rural life, the corporate world, as well as in the home.

I’m proud to call myself a feminist.

Delightfully ... I received permission from Swinburne university to share the Feminist reading: the story and the lecture notes. So for those interested in simulating my journey, here it is.

Live in the bush, love it but miss aspects of life in the city. I want to learn, grown and develop until the day I die. View all posts by Margot

4 thoughts on “Feminism: Should I care?”