“Our only limitations are those we set up in our own minds.”  This quote by Napoleon Hill in Think and Grow Rich got me thinking.

My limitations are what I perceive them to be, but … are they real? Yeah, maybe. But sometimes … maybe not. This set me on a train of thought.

It’s very easy to tell myself a story to justify avoiding challenges put before me; in fact, probably any sort of change.

I’ve tried to develop the practice of listening to myself … ‘hearing’ the stories I’m telling myself. It’s funny, but by doing that, I also started noticing that other people do it too. That other people tell themselves stories, make excuses that legitimise them not doing something or other. END_OF_DOCUMENT_TOKEN_TO_BE_REPLACED

Why and how we talk about each other has me intrigued.

Last time I talked on this topic (in Essential to Life), I explored the idea of how gossiping helps us to understand ourselves and helps us to make sense of the world around us. One of my readers suggested that having our heart in the “right” place was important, i.e. it’s okay as long as your motives are pure.

Having a house full of visitors over the May day long weekend, I put the question to them on my toilet graffiti board. This was the result. END_OF_DOCUMENT_TOKEN_TO_BE_REPLACED 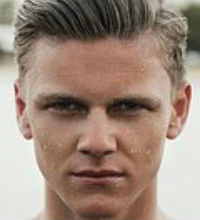 Is being vulnerable a weakness or a strength?

A narcissist is convinced of their infallibility and this self-belief gives them great confidence. This can be a strength of course and is necessary to some degree in order to lead others.

When writing Mind Minders I undertook significant research into narcissism. This is a popular term in psychology used to define bullies, those with over-bearing, dominating behaviours.

It resonated while reading on this topic, that our traditional male role model demands a certain level of narcissistic behaviour, including denying being vulnerable. When you think about it, we train our men, in western society, to be decisive and unemotional yet we permit women to be the opposite. Interesting.

It seems to me that narcissism and vulnerability have an important relationship.

If you are afraid of appearing vulnerable, it can cause you to go to extraordinary lengths to make sure you do not appear so. This can often be at the expense of others close to you. For example, if you don’t want to admit you did something wrong, a common reflex is to apportion blame to someone else. If you project blame on to someone else, you are absolved. It’s my observation that we can be really good at tricking ourselves and actually even convincing ourselves that the blame deserves to rest on another party. Tragic for the other party of course, particularly if they are not afraid of being vulnerable and therefore might be just that little bit too willing to take on the mantra of the blame.

I wouldn’t be surprised if this is at the root of much abuse that takes place in Australian households.

But how do we break the cycle? Is vulnerability bad? Can you be a strong, decisive leader AND be willing to appear vulnerable at times?

I believed, when I set out on the research path, that narcissistic behaviour was a camouflage for insecurity … the greater the insecurity the greater the camoflage of self-belief. I explored this in depth in one of my characters in Mind Minders.

It seems to me, if we are willing to be vulnerable, admit our mistakes, admit our short falls, then this is a starting point for self-learning and change. It has to be a good thing. In fact I would go so far as to say that vulnerability is an essential ingredient for any healthy relationship. If one party in a relationship refuses to be vulnerable, then won’t this always present a barrier to communication and conflict resolution?

I believe being willing to be vulnerable at times is essential for a healthy prosperous life.

For more on this topic, check out … Brene Brown, Vulnerability

While travelling around North Queensland recently, camping, I had cause to reflect on the fragility of life.

Exploring the Undara lava tubes made me contemplate the insignificance of human life on the planet. We are at the mercy of the elements … the power of a volcano to erupt, a typhoon to destroy, a tsunami to smother, an earthquake to swallow. The planet forces are unstoppable and devastating, despite our misguided confidence that we rule the planet.

We feel safe in Australia, protected and superior. But other peoples have woken one morning, only to be set upon and murdered by their neighbours in an ethnic cleansing rampage. I wonder whether our sense of security may be nothing more than a thin veil of misguided trust in human nature, especially as we have failed to successfully integrate diversity within our nation.

I heard a doctor, who works at a medical emergency facility, recently say I must tell my family I love them … that I never really know what a day might bring. This day could be the day a loved one’s life is changed forever. Leaving Cape Tribulation on our way to Cooktown, we were the first on the scene to a vehicle burning out of control, the owners safe but panicked and distraught. They had invested their life savings in their motor home … and lost everything.

Yet more. It’s possible that even a few words spoken can have the power to change our life … perhaps devastate a relationship we considered safe and secure.

Life is fragile and each moment of each day must be valued for itself.